Get fresh music recommendations delivered to your inbox every Friday.
We've updated our Terms of Use. You can review the changes here.

All the Little Things You Do 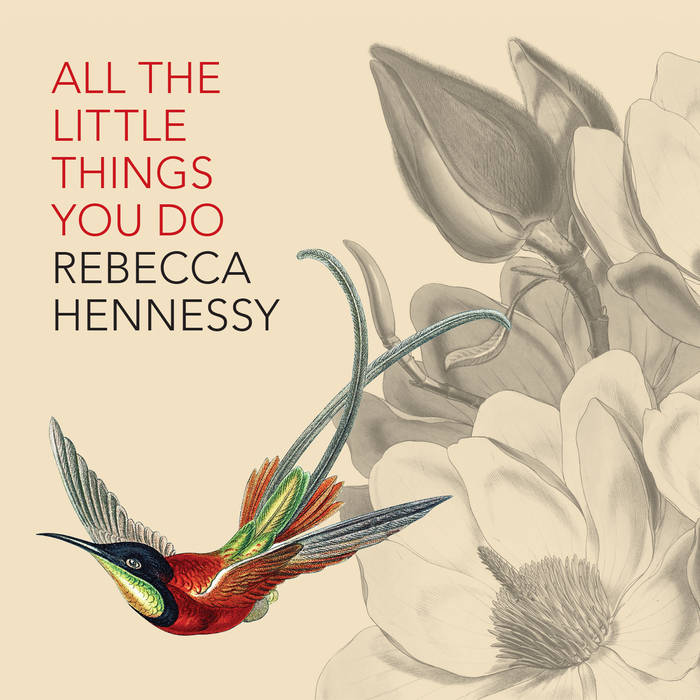 Leighton McKinley Harrell Beautiful Music!!! Can't wait to hear the whole record Favorite track: All the Little Things You Do.

aimeejobenoitfan If I met Rebecca in person, I think I would know her well. This album is so personal, inventive, and melodic, it's on repeat today. Favorite track: Dig Up the Stories.

All The Little Things You Do is a beautifully written, performed and produced album by award-winning vocalist, trumpeter and songwriter, Rebecca Hennessy. It deals with love, grief and mental health. Being released between the death of her mother and the birth of her first child, this album will take you on a journey that weaves through time and space in unexpected ways and merges all the elements of her diverse musical career, featuring her warm clear voice as a lead singer and songwriter. Rebecca’s songwriting draws from musical traditions and genres including jazz, folk, roots and pop. Her band on this album is world-acclaimed and celebrated musical voices, including guitarist, Kevin Breit (Sister’s Euclid, Johnny Goldtooth, Norah Jones); pianist, Tania Gill (Happiness Project, Tania Gill Quartet); bassist, Michael Herring (Peripheral Vision, Bona Fide Scoundrels) and drummer, Dave Clark (Rheostatics, Gord Downie). Extra musical guests on this album include The Upper York Mandolin Orchestra, Thomas King (CBC’s Dead Dog Cafe, Inconvenient Indian), Tom Richards (The Heavyweights Brass Band, The Human Rights), Drew Jurecka (Jill Barber, Royal Wood), Claire Doyle (YUKA) and Alex Samaras (Beverly Glenn-Copeland and The Queer Songbook Orchestra).

This is Rebecca’s first album collaborating with award-winning producer and engineer David Travers-Smith (Jane Siberry, Veda Hille, Jayme Stone, The Wailin’ Jennys, and Deerhoof). David’s attuned creative input and overall aesthetic brought All The Little Things You Do a level of lush expression that masterfully served each song and the overall shape of the album.

This album features collaborations with numerous artists, including setting two of internationally-acclaimed author, Thomas King’s poems to music: “Nothing Passes for Favour” and “Dig Up The Stories.” These two songs were originally part of “When You Were Gone,” a commission for Silence in Guelph in May 2017 where Rebecca composed a night of new music for a collection of new poems by Thomas King, recently published in his new book of poetry entitled 77 Fragments of a Familiar Ruin.

All The Little Things You Do is award-winning Canadian trumpeter, vocalist, composer and bandleader Rebecca Hennessy’s most recent studio album. This album heralds her debut as a singer-songwriter and is being released in the profound time between the recent death of her mother and the birth of her first child. ... more

Bandcamp Daily  your guide to the world of Bandcamp

Oakland producer Mejiwahn chats about his breezy and transportive LP.